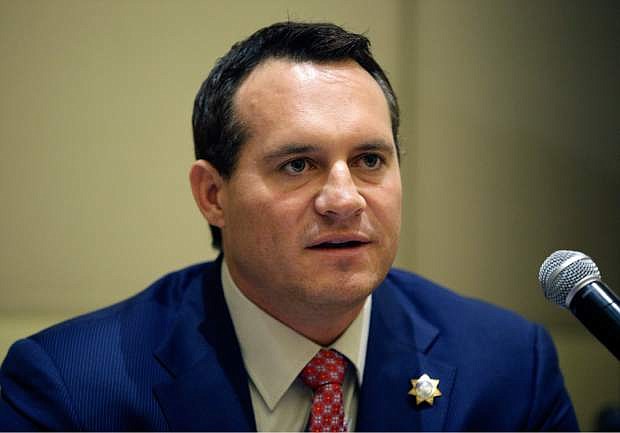 Nevada Secretary of State Ross Miller speaks during a debate against Adam Laxalt at the Nevada Press Association annual convention Saturday, Sept. 20, 2014, in Las Vegas. The two are facing each other in a race for attorney general in Nevada. (AP Photo/John Locher)