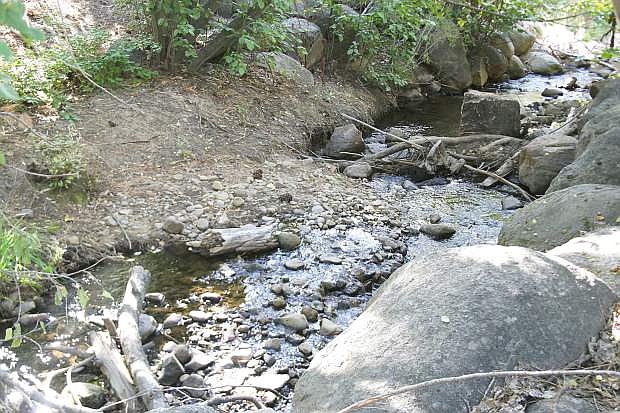 On Wednesday, water levels are seen very low in some sections of Third Creek, exposing rocks and other terrain. Hopes are high this winter for heavy snowfall to help replenish creeks, rivers and lakes in the Lake Tahoe region after a trio of low-snow years.