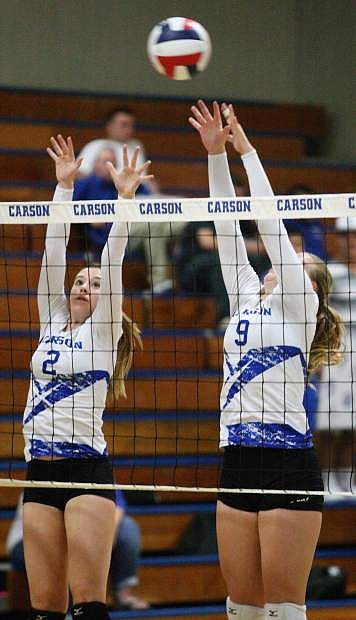 Natalie Anderson (2) and Maddie Jergensen (9) go up for a block on Thursday night in a game against Hug. The Senator girls won in three games.