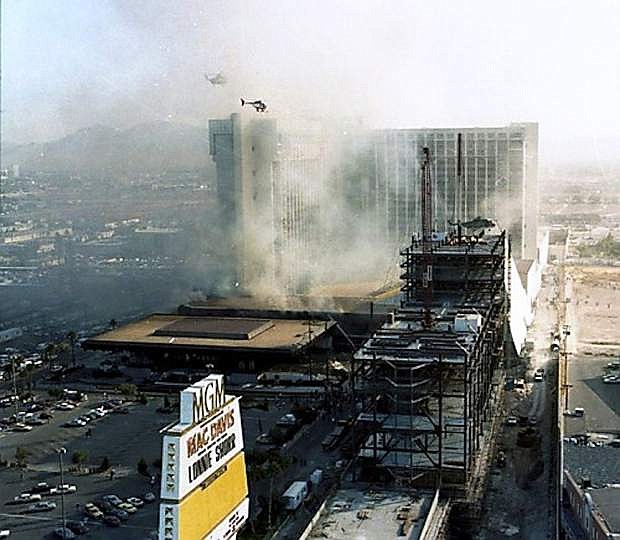 A view of the MGM Grand during the Nov. 21, 1980, fire shot from the Las Vegas Strip side of the casino.