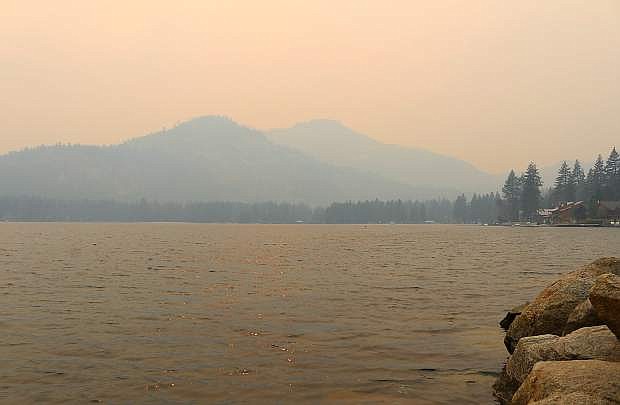 Heavy smoke filtered into the Truckee-Tahoe area Sunday evening, as seen here from the shores of Donner Lake in western Truckee.