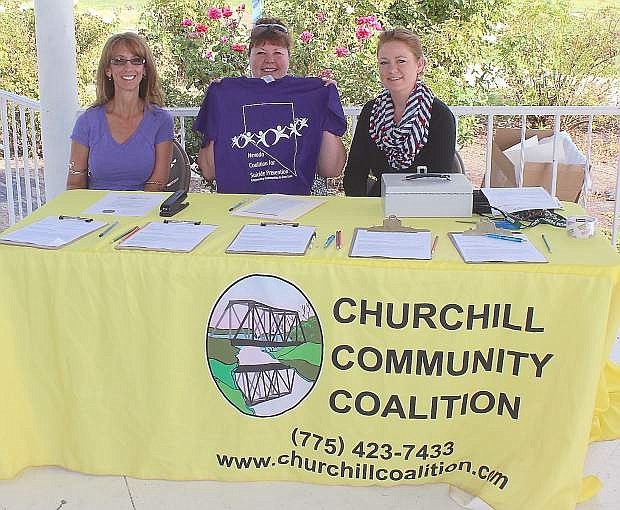 The Churchill Coalition had an information booth with information on suicide prevention awareness handed out by Mary Beth Chamberlain, Kathi Merrill and Chelsey Stimson.