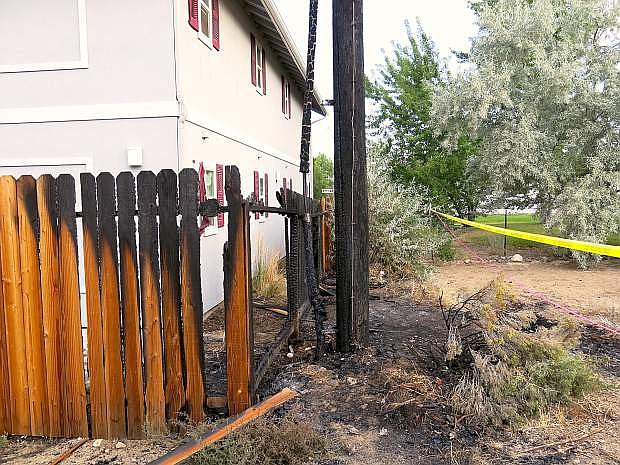 A fence and a power pole show signs where they were burned early Sunday morning.