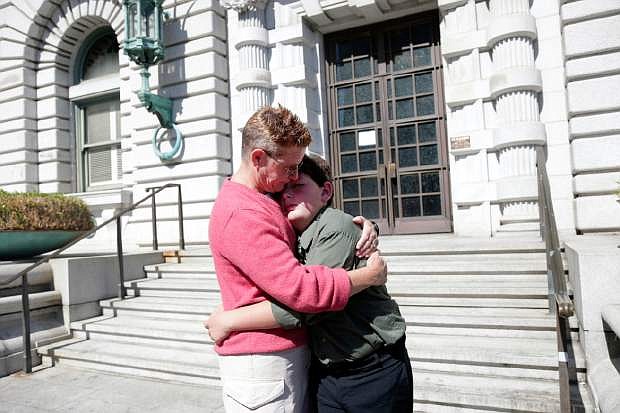 Farrell Cafferata-Jenkins, left, of Carson City, Nev., comforts her son Quinn, 9, after a hearing on gay marriage outside of the 9th U.S. Circuit Court of Appeals on Monday, Sept. 8, 2014, in San Francisco. Farrell and her partner Caren married in California but are yet to be recognized as a married couple in Nevada. (AP Photo/Marcio Jose Sanchez)