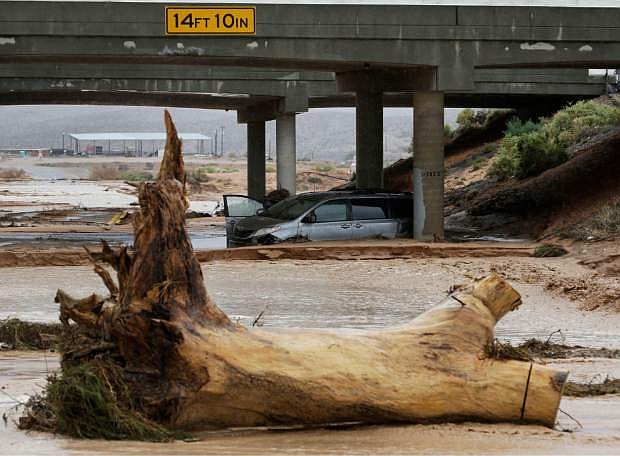 A minivan is seen in floodwaters beneath Interstate 15 in Moapa, Nev., Monday, Sept. 8, 2014. The National Weather Service has issued a flash flood emergency for the area. (AP Photo/John Locher)