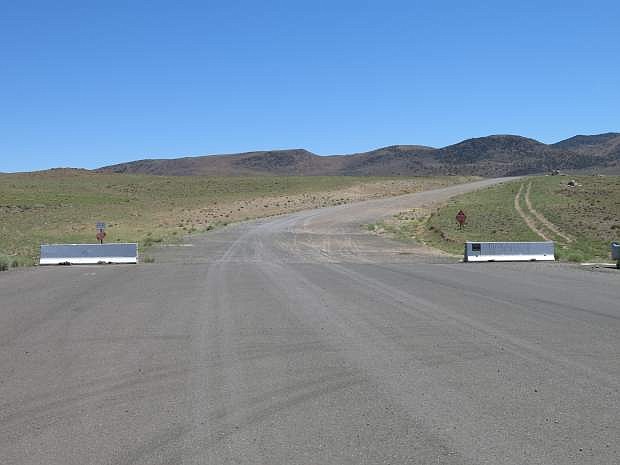 The current end of the road. USA Parkway could connect Lyon and Storey counties to the Tahoe-Reno Industrial Center in the near future.