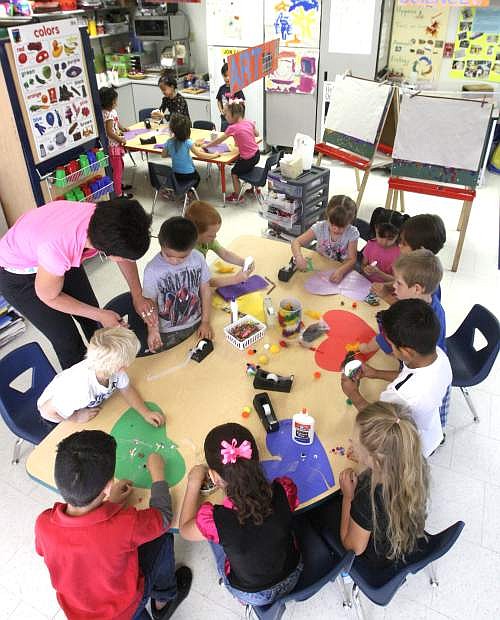 Pre-kindergarten students work on an arts and crafts project during class at MarK Twain Elementary school on Tuesday.