Healthy Brown gets off to fast start in ‘14 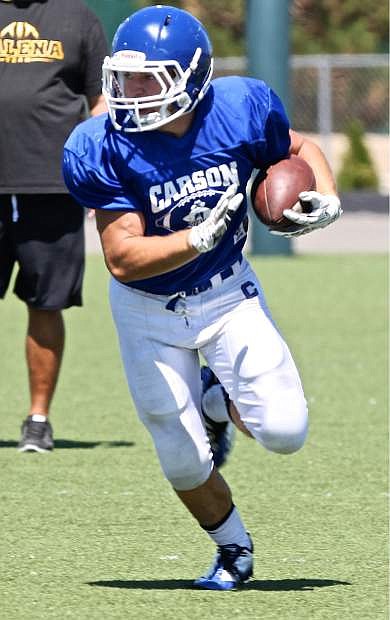 Colby Brown runs the ball upfield against Galena in a scrimmage on August 23rd at Manogue HS.