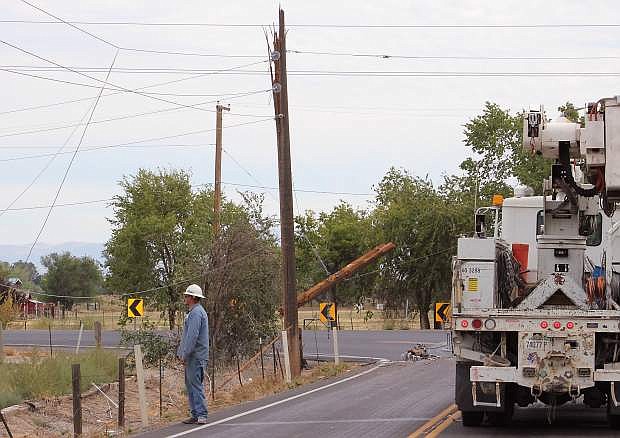 An NV Energy employee surveys the damage done when a big rig&#039;s equipment snagged the power liens and brought them down to the ground on Friday at Sheckler Road and Sheckler Cut-off.