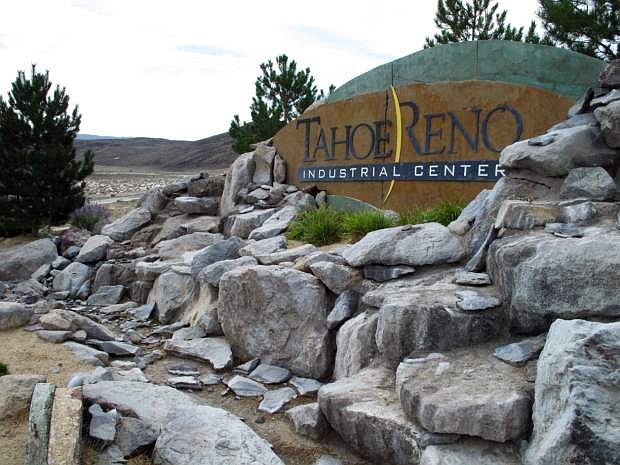 This Friday, Aug. 1, 2014, photo shows the Tahoe Reno Industrial Center in Sparks, Nev. Tesla Motors has broken ground in Sparks as a possible place to build a $5 billion &quot;gigafactory&#039;&#039; to make lithium batteries for its electric cars. (AP Photo/Scott Sonner)