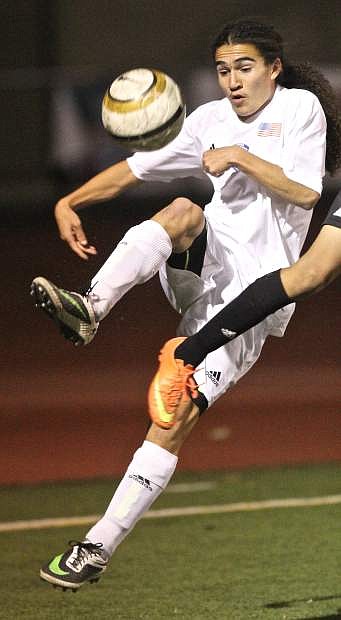 Freshman fullback Christian Martinez gains control of the ball in a game against Galena Wednesday night at CHS.