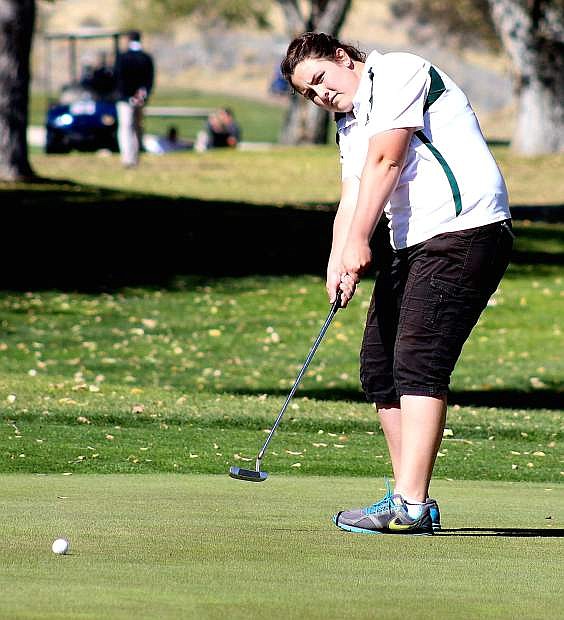 Fallon golfer Sara Evans carded a 104 during Monday&#039;s first round at the Division I-A state golf tournament in Elko.