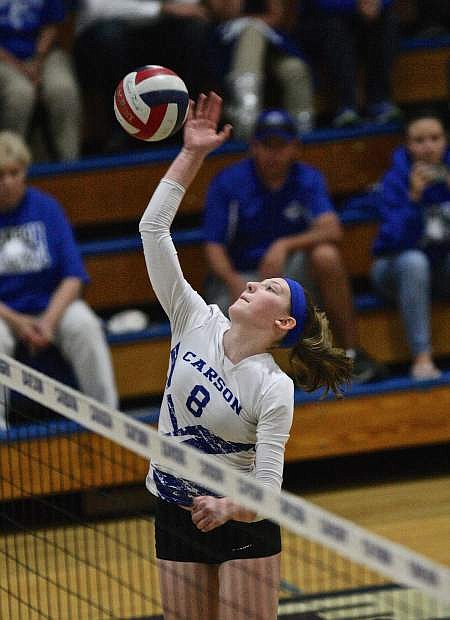 Junior outside hitter Juliana Anderson drills the ball back across the net in a match against Damonte Ranch Thursday night at Carson High. The Senators won in four games, 25-16, 25-20, 26-28, 25-21.