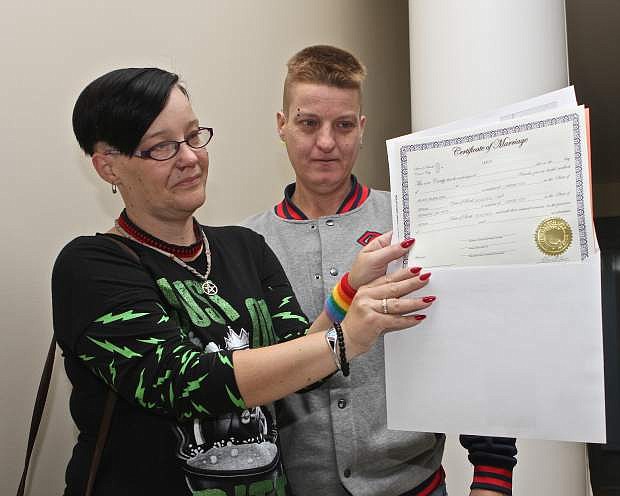 Kristy Best and Wednesday Smith show off their marriage license at the Carson City Courthouse Thursday. They were the first same-sex couple to receive a license in Carson City.