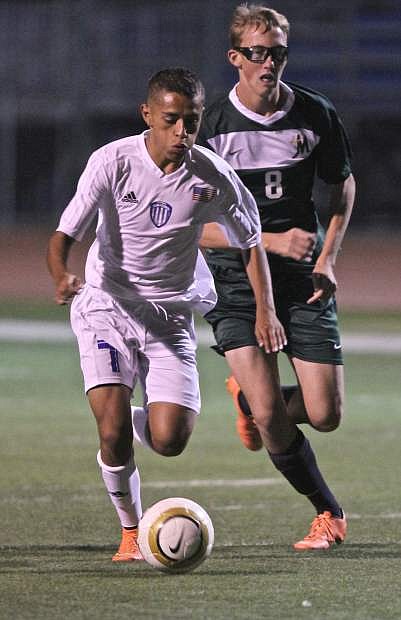 Senior forward Octavio Virrueta drives towards the goal in a game against the Bishop Manogue Miners at Carson High Wednesday night.