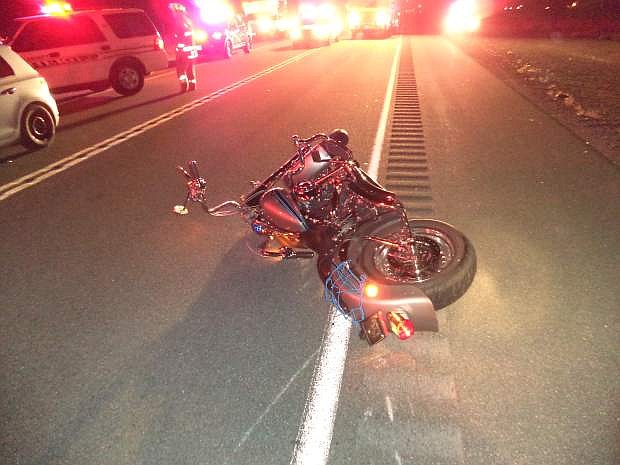 A motorcyclist died Wednesday night after colliding with a wild horse in Silver Springs.