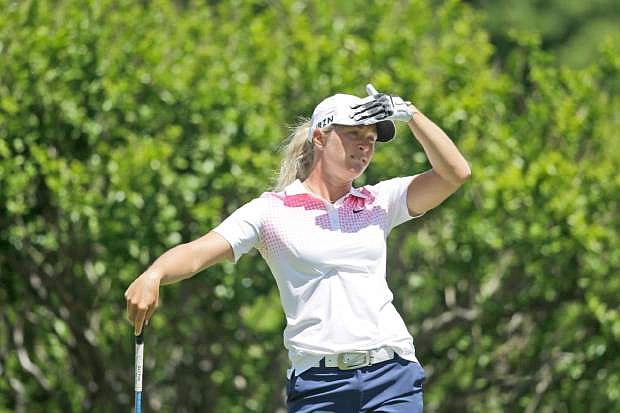 Suzann Petterson of Norway watchers her tee shot on the second hole during the third round of the North Texas LPGA Shootout golf tournament at the Las Colinas Country Club in Irving, Texas, Saturday, May 3, 2014. (AP Photo/LM Otero)