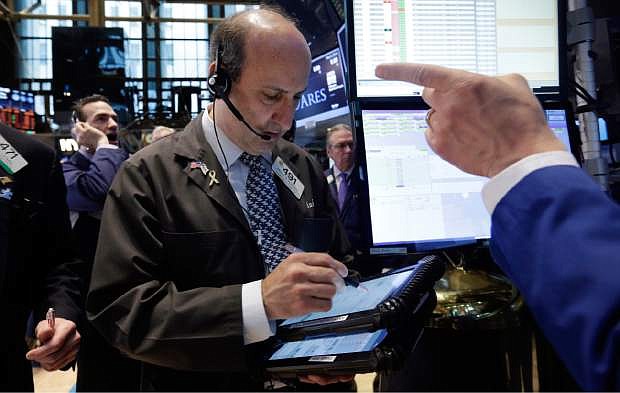 Trader Andrew Silverman, center, works on the floor of the New York Stock Exchange, Friday, May 2, 2014. U.S. stock futures are up slightly after the U.S. unemployment rate hit its lowest level in more than five years. The government reported the unemployment rate sank to 6.3 percent. (AP Photo/Richard Drew)