A Marine’s ride across the country 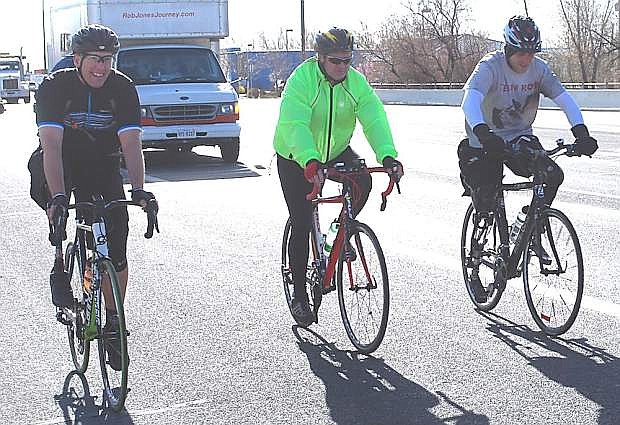 Rob Jones and other cyclist set off from Fallon to Silver Springs in another leg of Jones journey to reach his final destination oft Marine Corps Base Camp Pendleton. From left are Brian Bartltt, Mike Anderson and Jones.