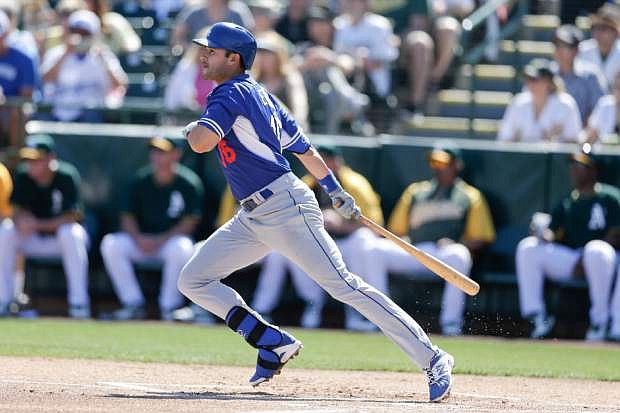 Los Angeles Dodgers&#039; Andre Ethier watches his hit for a single against the Oakland Athletics during the first inning of a spring training baseball game Monday, March 3, 2014, in Phoenix. (AP Photo/Gregory Bull)