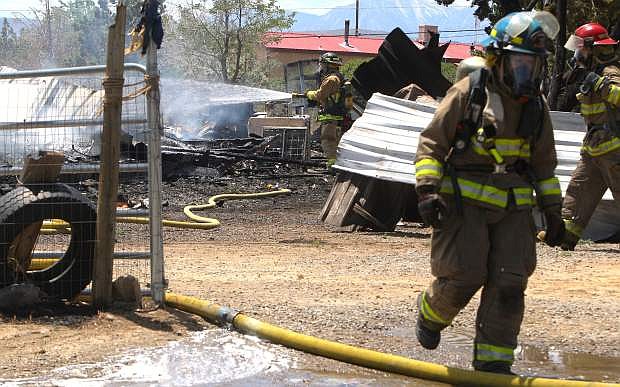 Firefighters extinguish a smoldering structure fire in Moundhouse on Monday.