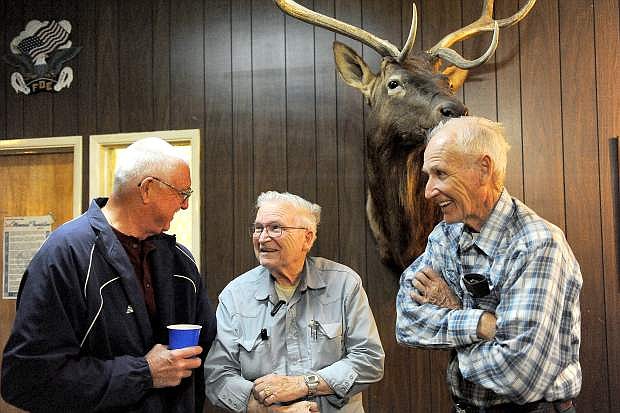 Wally Bennett, left, Don Lane and Dick Lane visit during the 151st anniversary of the founding of Warren Engine Company #1. The company is believed to be the oldest continuously operating volunteer fire department on the West Coast. The annual business meeting and dinner was held at the Eagles Lodge in Carson City Tuesday June 17, 2014. Bennett joined the department in 1966, Don Lane joined in 1965 and his brother Dick joined in 1962.