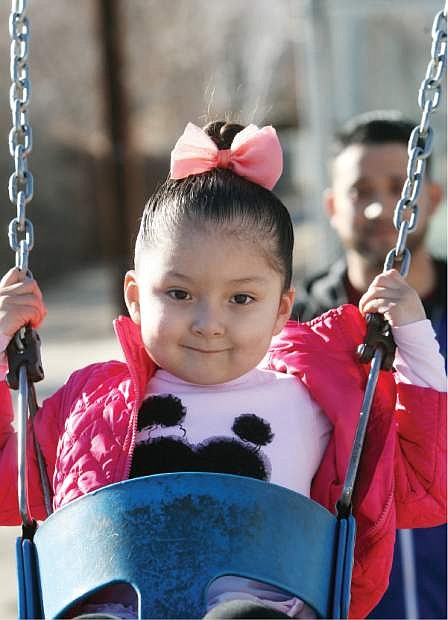 Valerie Ayala, 4, smiles while swinging in the warm sunshine on Monday afternoon at Mills Park.