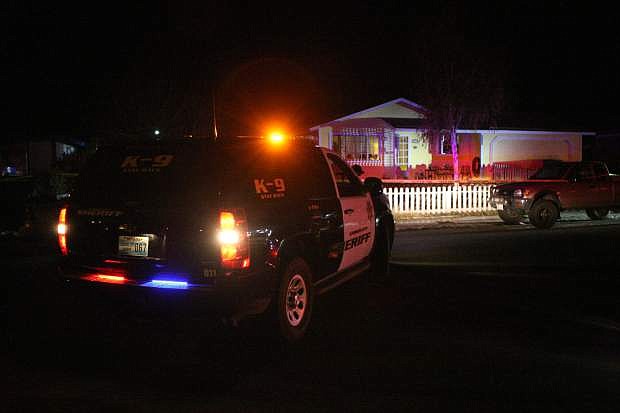 A house on Desatoya Drive near Siskiyou Drive on Thursday evening.