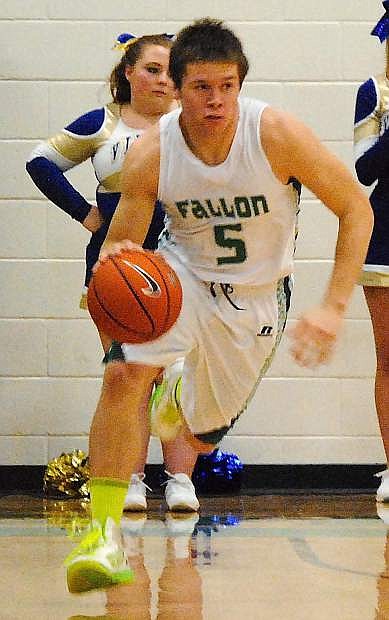 Fallon guard Tyler Bagby brings the ball up the court during last week&#039;s win over South Tahoe. The Greenwave face Lowry in the semifinals for the Northern Division I-A basketball tournament at 8 p.m. today at Elko High School.