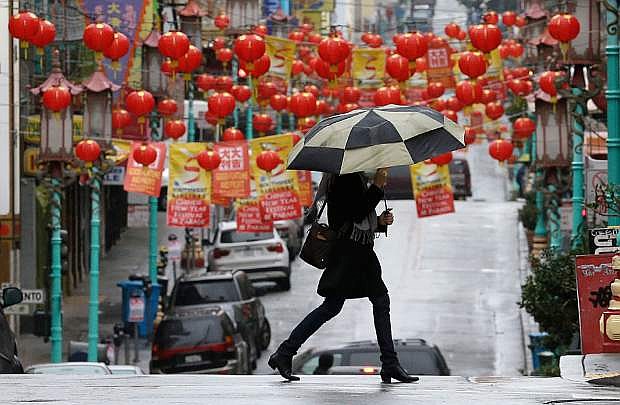 A woman carries an umbrella as she crosses the street with lanterns from Chinatown hanging behind her in San Francisco, Friday, Feb. 7, 2014. Dry California got a much needed taste of rain, but drought-watchers hope it was just a teaser for a much wetter weekend. A bigger storm expected to arrive late Friday and last through Sunday could dump as much as 2 feet of snow on the slopes of the Sierra and 6 inches of rain on San Francisco Bay Area mountains. (AP Photo/Jeff Chiu)