Bosnians sweep up after unrest 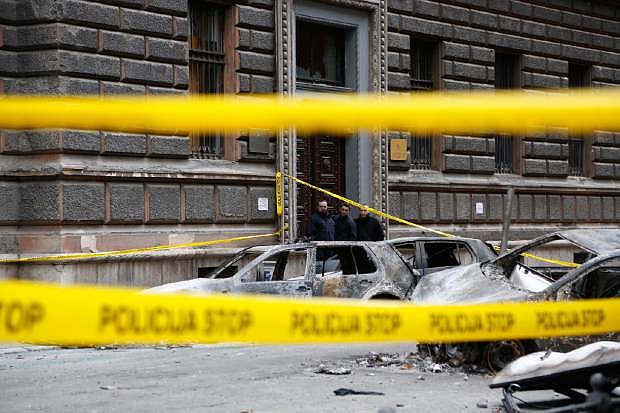 Bosnian workers look at burnt out cars in front of a burnt government building after protests in Bosnian capital of Sarajevo on Saturday, Feb. 8, 2014. Anti-government protesters have stormed into the Bosnian presidency and another government building in Sarajevo and set them ablaze as riot police fired tear gas in a desperate attempt to stop them. Smoke rose from several cities as thousands vented their fury over the Balkan nation&#039;s high unemployment and rampant corruption. (AP Photo/Amel Emric)