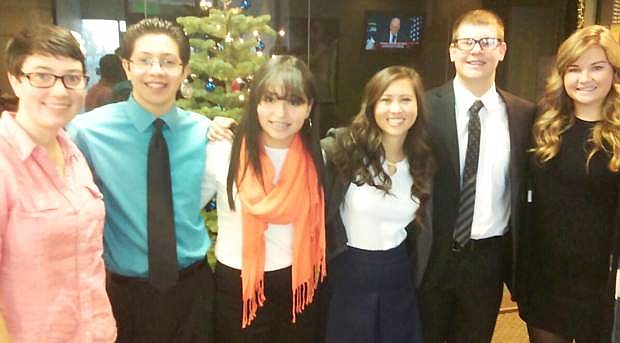 Blane Merkley will appear on the Nevada Newsmakers show on Christmas Eve for the 11th annual teen addition. Pictured are the six students who were selected to appear on the show from across Nevada. From left are Elizabeth Woomer, Michael Arreygue, Stephanie Lamas, Lauren Bain, Merkley and Emily MacDiarmid.