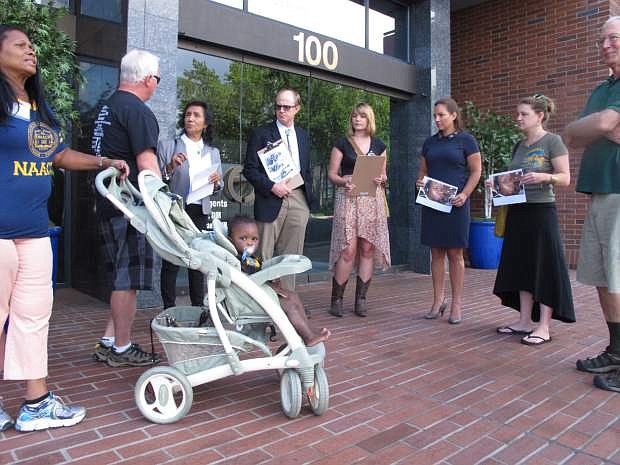 Pat Gallimore, left, second vice president of the Reno-Sparks NAACP, with her grandson, Boston; Theresa Navarro, third from left, chairwoman of the Nevada Progressive Alliance of Nevada; and Bob Fulkerson, center, PLAN&#039;s state director, were among those who delivered a letter to the U.S. attorney&#039;s office in Reno, Nev., Monday, Aug. 25, 2014, calling for the firing of the Ferguson police officer who shot Michael Brown in Missouri and urging Attorney General Eric Holder to launch a nationwide investigation of police brutality and harassment in minority communities. (AP Photo/Scott Sonner)