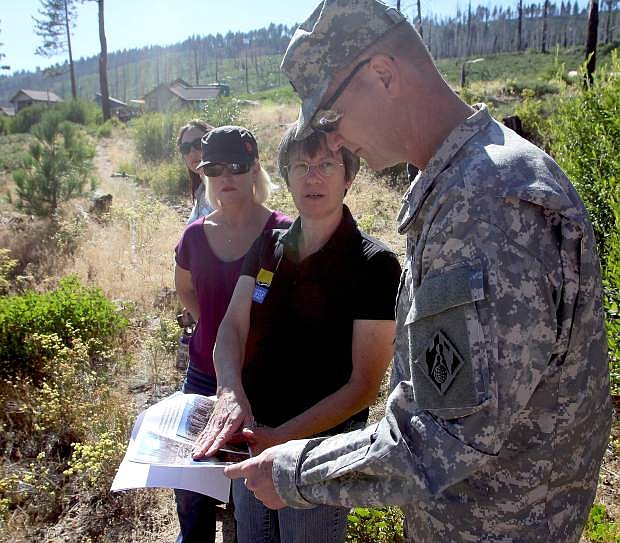 Penny Stewart, of the California Tahoe Conservancy, shows Col. Michael Farrell, of the U.S. Army Corps of Engineers, photos of an area effected by the Angora Fire. Farrell stood at the site during a tour around Lake Tahoe on Monday.