Schools off to a smooth start 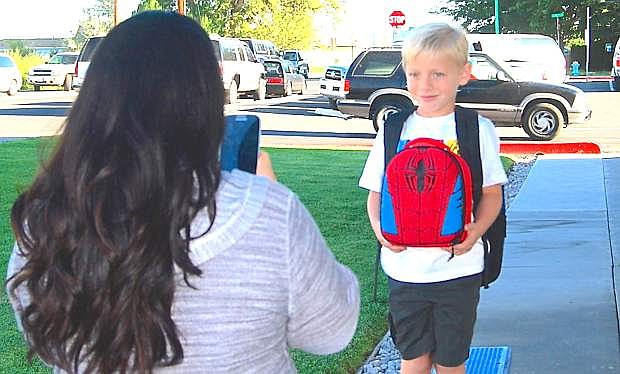 Rachelle Gomes takes a photo of her son, Ryan, on Monday, the first day of schoo,l at the Northside Early Learnign Center.