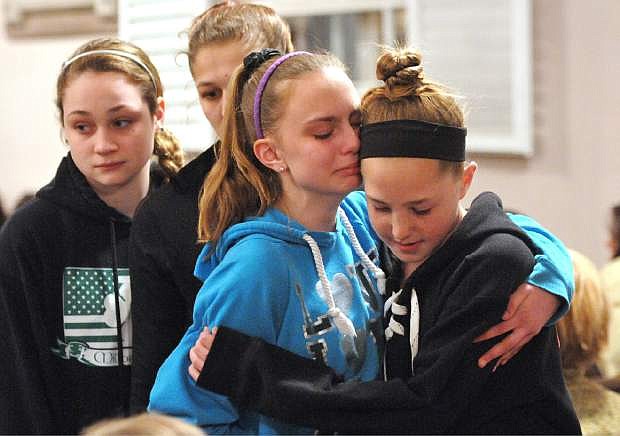 (Peter Casolino-New Haven Register) Friends and family including many students from Jonathan Law High School attend a memorial service at the First United Church of Christ in Milford, Conn., for Maren Sanchez who was killed at the school Friday April 25, 2014. The 16-year-old girl was stabbed to death inside a Connecticut high school Friday, and police were investigating whether a boy attacked her after she turned down an invitation to be his prom date. (AP Photo/The New Haven Register, Peter Casolino)