Rejection of prom date is investigated in school killing 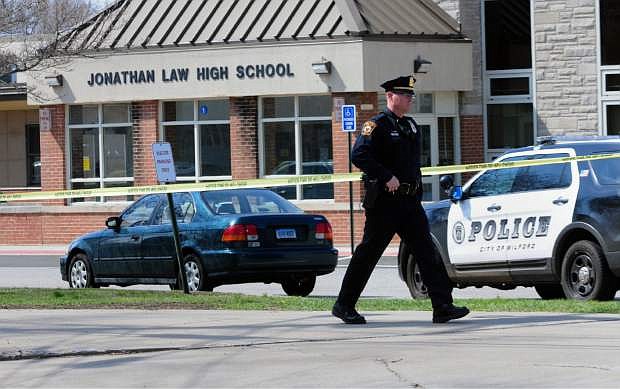 Police remain on scene at Jonathan Law High School after a 16-year-old girl was stabbed to death in Milford, Conn., Friday, April 25, 2014. A teenage boy is in custody, and police are investigating whether the attack stemmed from her turning down an invitation to be his prom date. (AP Photo/The New Haven Register, Peter Hvizdak) MANDATORY CREDIT