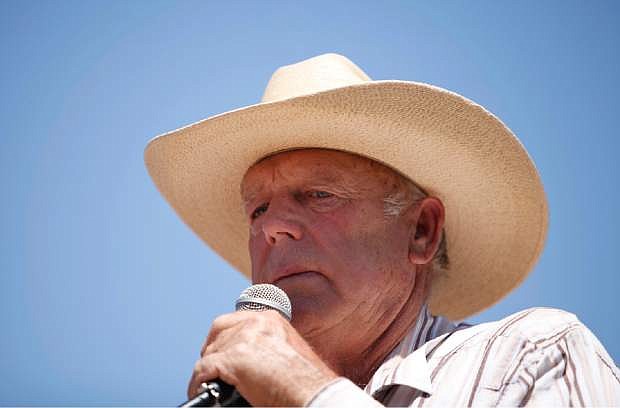 Rancher Cliven Bundy speaks at a news conference near Bunkerville, Nev., Thursday, April 24, 2014. Bundy, a Nevada rancher who became a conservative folk hero for standing up to the government in a fight over grazing rights, lost some of his staunch defenders Thursday after wondering aloud whether blacks might have had it better under slavery. (AP Photo/Las Vegas Review-Journal, John Locher)