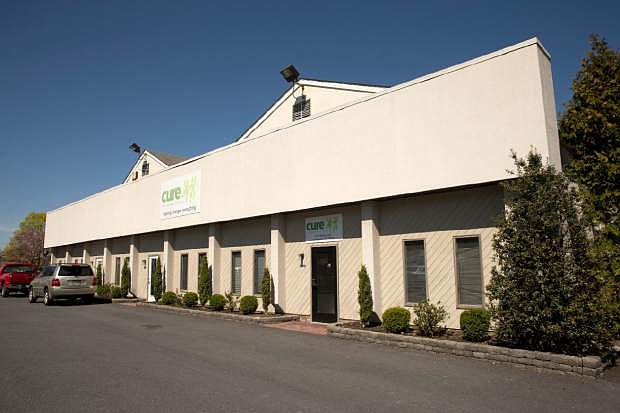 The Cure International company headquarters is seen Thursday, April 24, 2014, in Lemoyne, Pa. Officials of Cure International say they are working closely with authorities investigating a shooting Thursday morning by an Afghan security guard at their Kabul hospital that killed three American physicians and wounded a U.S. nurse. (AP Photo/Matt Rourke)