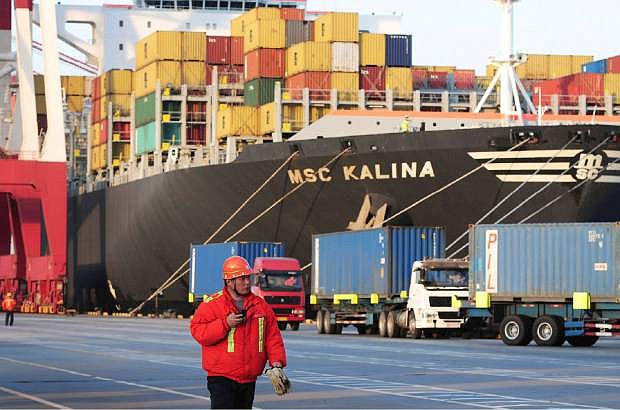 FILE - In this Tuesday, April 8, 2014 file photo, a worker walks past a container vessel docked in Qingdao port in east China&#039;s Shandong province. China&#039;s economic growth slowed to 7.4 percent in the first quarter, raising the risk of job losses and a potential impact on its trading partners. The figure reported Wednesday, April 16 by the government was down from the previous quarter&#039;s 7.7 percent. (AP Photo/File) CHINA OUT