Teri Vance: Camels no source of fear, but horses once were 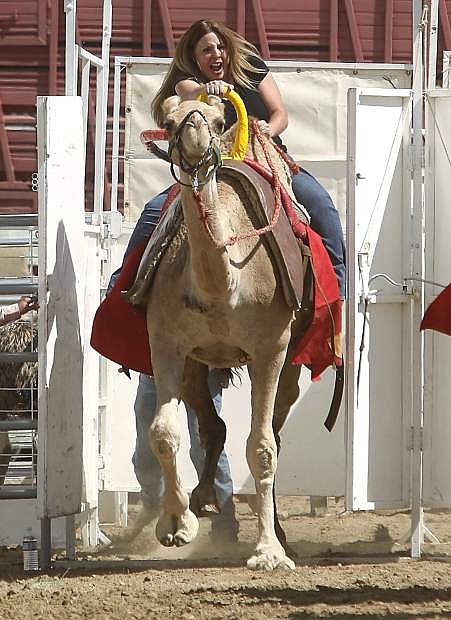 Reporter Teri Vance, right, on her filly, Sugar, before getting bucked off. Her sister, Leanna, is riding Misty.