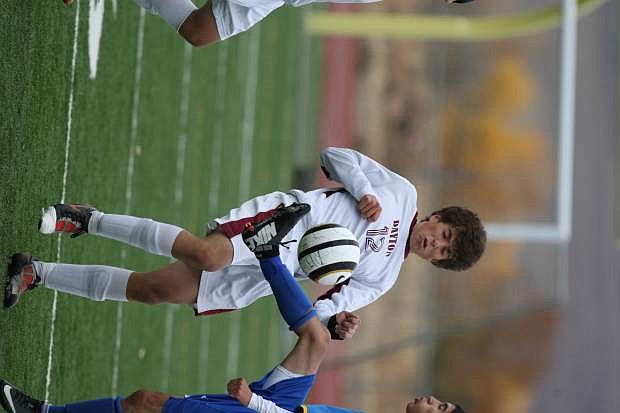 Spencer Ruiz avoids a collision with a South Tahoe player in their match on Tuesday.