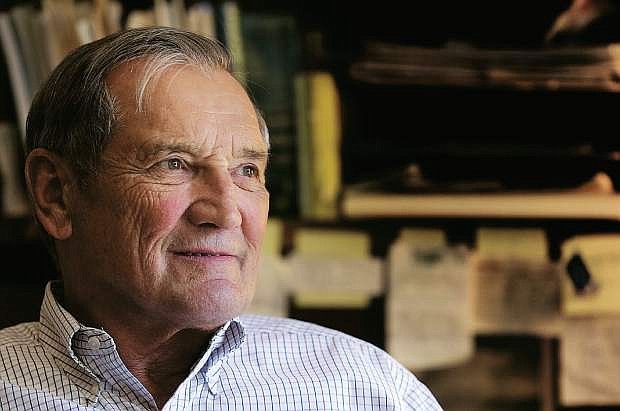 FILE - This 2005 file photo provided by the Palo Alto Weekly shows Merrill Newman, a retired finance executive and Red Cross volunteer, in Palo Alto, Calif. North Korea state media say U.S. tourist Newman, who has been detained for more than a month, has apologized for alleged crimes during the Korean War and for &quot;hostile acts&quot; against the state during a recent trip. There was no direct word from 85-year old Newman and his alleged apology released Saturday, Nov. 30, 2013, couldn&#039;t be independently confirmed. Pyongyang, North Korea, has been accused of previously coercing statements from detainees. (AP Photo/Palo Alto Weekly, Nicholas Wright, File)