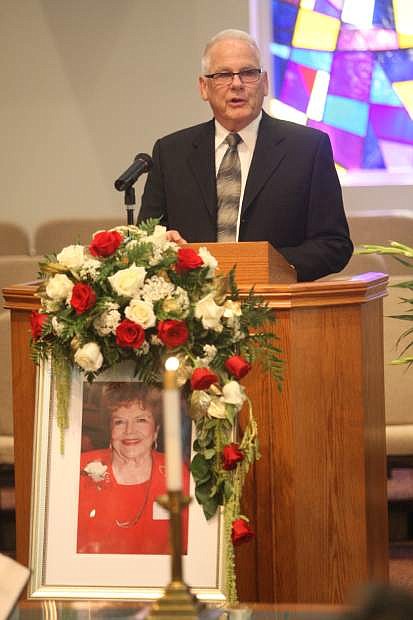 Karen Grillo, a friend of Janice Ayres, talks about Ayres&#039; accomplishments at her memorial service at First Presbyterian Church on Friday.