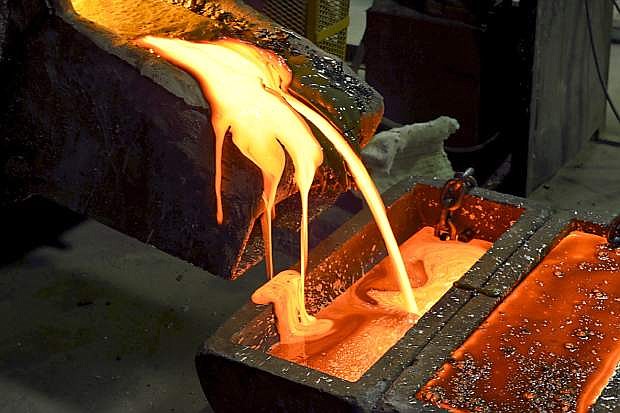 The silver ingot that will become NV150 commemorative coins now on display at Nevada State Museum.