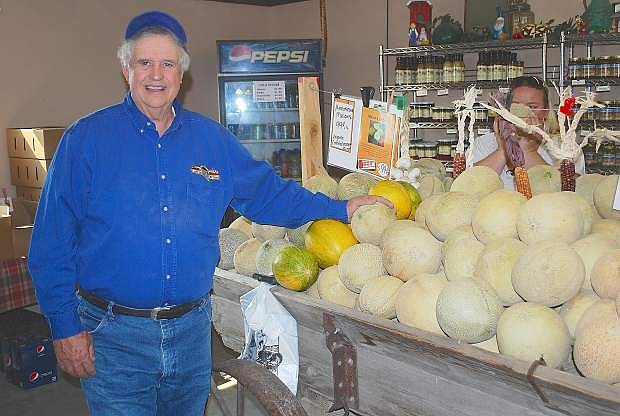 Cantaloupe grower Rick Lattin, who is also a member of the Fallon Cantaloupe Festival board, shows off the different types of melons that will be at this weekend&#039;s annual event.