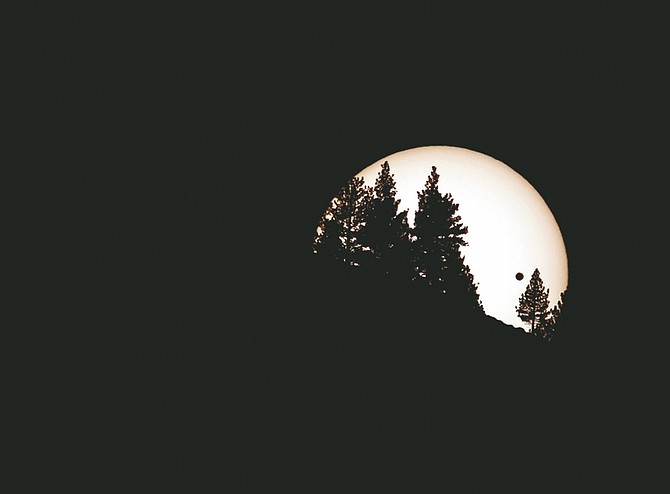 John Dykes/For the Nevada AppealThe sun begins to dip behind the Sierra on Tuesday evening with Venus appearing as a dot on its surface during an extremely rare transit of our solar system&#039;s star. Amateur astronomer and photographer John Dykes captured the historic image at the Jack C. Davis Observatory in Carson City.