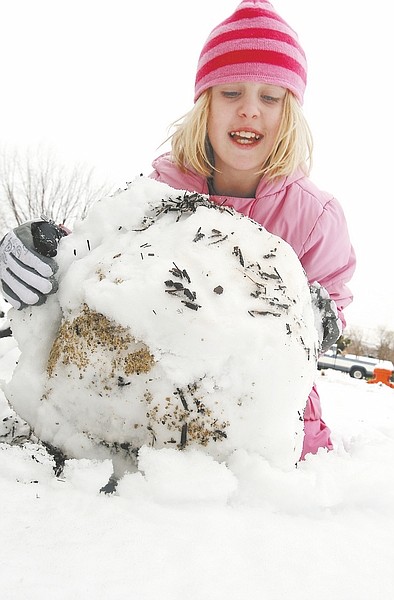 Jim Grant/Nevada AppealGabby Ward, 10, builds a snowman in the front yard of her home on West 4th Street Monday morning.