Time for flu shots, some may get a tiny needle 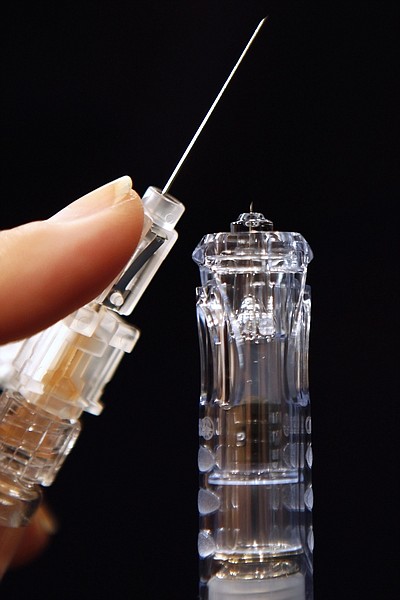 Flu shots have long been injected deep into muscle, requiring a needle an inch long or longer, such as the needle seen at left. However, a new version named: Sanofi Pasteur&#039;s Fluzone Intradermal, hitting the market this fall, at right, is less than a tenth of an inch long, the first flu vaccine that works by injecting just into the skin, as compared in Washington, on Tuesday, Aug. 30, 2011. (AP Photo/Jacquelyn Martin)