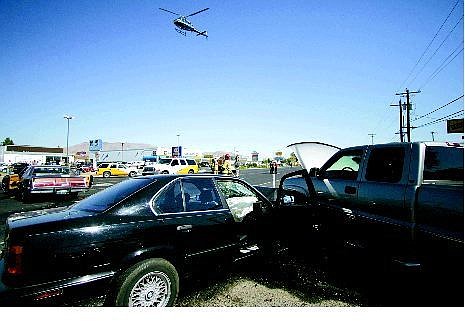 BRAD HORN/Nevada Appeal CareFlight takes off from the scene of a three-car accident on U.S. Highway 50 near Rand Avenue on Friday afternoon.